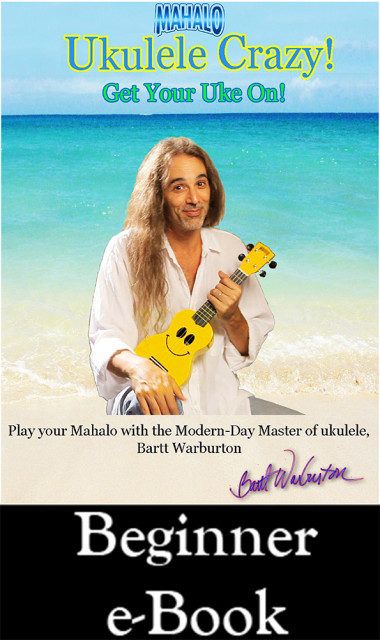 Ukulele e-book for beginners - by Bartt

E-Book for beginners! World-recognized virtuoso Bartt Warburton, known as "Ukulele Bartt," gets you started on ukulele. The fun is almost here! Get more at Bartt.net

This is the companion to Bartt's "Ukulele Crazy" instructional DVD.

Go from beginner to intermediate faster than a penguin can say "Heliotrope." Use the e-book and the DVD together, or just use the e-book alone. Or the DVD alone. It's all good!

After you've learned the beginner stuff, get Bartt's more advanced DVD and e-book, "Ukulele Bartt's Ultimate Ukulele." You'll learn much fancier stuff, have more fun, and get more penguins. It's even better!