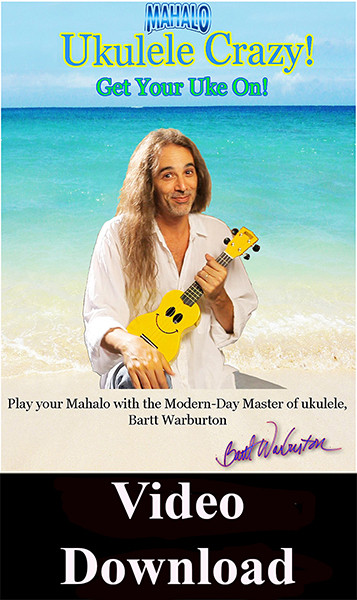 Ukulele Bartt Warburton - Get Your Uke On!

Got your first uke? Can't play it? Buy this DVD and learn quickly from internationally-aclaimed ukulele virtuoso Bartt Warburton. In addition to touring the world as a musician, Bartt is also the Los Angeles "Teacher of the Year," officially commended by L.A. Mayor Antonio Villaraigoso, LAUSD, and the millions of viewers that have learned from him.

It's the complete instructional video. Everything to get a beginner going. Clear instruction, mega-clear images, and Bartt's famous humor and expertise. Get more stuff at Bartt.net!